Ulaanbaatar, the capital of Mongolia, has recently commemorated 375 years since its foundation. In 1639, it was first established at a Buddhist monastery and was known as Orgoo. It then moved location more than 25 times until it finally settled at its present site in 1778. It was known by a variety of names until 1923, when it was renamed as the city of Ulaanbaatar (Red Hero) and declared the official capital of an ‘independent’ Mongolia.

Although it might seem a little dated, with its residential concrete tower blocks in Soviet mid-century-style architecture and the outer reaches of sprawling ger camps, UB has a certain laid-back charm. We love it! Here are our top five sites not to be missed in Ulaanbaatar:

Gandan, as it's affectionately known, is a special place which dates back to the 19th Century. Most people flock to the main temple with the huge 26.5-metre-high golden statue of Migjid Janraisig, a standing Buddha, but we like the smaller outlying buildings where the real pilgrims go to give thanks and gain merit. Here you might find monks reciting and lighting butter lamps or a family receiving a blessing. On a really auspicious day you may even see the making of a sand mandala.

Recently rebranded Chinggis Khan Square as opposed to Sükhbaatar Square, this area is in the centre of Ulaanbaatar and measures an impressive 31,068 square metres, flanked by government, administrative and fiscal buildings, and a statue of one of the leaders of Mongolia’s 1921 revolution, Damdin Sükhbaatar, on horseback in the centre. The best time to visit is in the early evening in summer when groups of friends come to meet and stroll around and the atmosphere is upbeat and friendly. It is the place to be – hire a tandem bike and cycle round the square with the locals!

The National History Museum of Mongolia is well worth a visit. It catalogues Mongolia’s history from prehistoric times to the present day through a series of exhibitions and displays of artefacts. We particularly like the costume section. The headdresses that they used to wear fashioned from their own hair are amazing. It gives a really good overview of the costumes from different ethnic groups that can still be found throughout Mongolia today – although the headdresses have now been replaced with baseball caps!

The last remaining residence of the Bogd Khan, who had several located between the Dund Gol and Tuul rivers. The Winter Palace now stands as a museum to the last monarch and many of the possessions which belonged to the Bogd Khan and his wife are on display in the main building, including the emperor’s bed and his throne. The complex also includes six temples housing Buddhist artwork. Many of the Bogd Khan’s extraordinary collections of unusual wild animals, including some from his personal zoo, are stuffed and on display here too.

The huge socialist monument at Zaisan offers the most splendid view of the city from its vantage point high on a hill just south of UB. It was erected in the communist era to honour the Soviet soldiers killed in WWll and features a circular painting showing scenes of the friendly relationship between the former USSR and Mongolia. As well as the monument and mural, a Soviet tank memorial sits at the foot of the hill. It is quite a climb but the view is spectacular on a fine day. 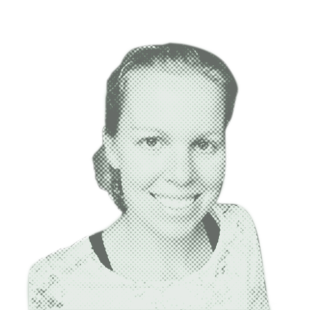 Speak to Melissa our Travel Designer

Whether it's to ask a quick question or to start planning the journey of a lifetime, we'd love to hear from you.

Or Drop Us A Line